skip to main | skip to sidebar

It is obvious if you go out into the ocean that you will see that nobody lives there. So where do they live? Most people in the world live on land. So how does all this trash and pollution end up in the oceans? People live on the land, water runs off from the land via creeks and rivers, people discard trash and pollution on the ground......water is the lowest point....water runs downhill to larger bodies of water and eventually into the oceans. Very easy to figure!
The difficult issue is how do you stop the abuse? Well most organizations in the US have a mission statement that calls for non confrontation. Do you know why? Because if they remain politically correct and not cause any waves they get donations. Do you know why they get donations? Either because people, businesses, agencies or organizations don't want to be defined by any confrontational organization or the donators are taking part in polluting or have financial ties detrimental to the cause. Period.
Until there is research and investigations to get the evidence and then move towards solutions or litigation, the rivers will continue to be the oceans problems.
Posted by Cumberland Warrior at 9:10 AM No comments:

Trash on the Stones

Today I witnessed....Trash on the Stones. The Stones River, a tributary of the Cumberland River is a majestic old river. The river ran red from American Patriots during the Civil War, Andrew Jackson built his first home along it's banks and the oldest exposed fossils from the Ordovician Period litter it's shores. Native Americans camped and raised families and buried their dead here. They considered this paradise, the Garden of Eden...Why would civilized human beings in the 21st century litter what they claim to be their playground???

What I observed was trash from fisherman, campers, and recreational boaters. The same people that use this  place for their entertainment. Can we get together and put some peer pressure on our fellow neighbors??? Can we show the rest of the country that we are serious about "Our Outdoors."

If you are interested in making money...Tennessee is ripe for that activity concerning the outdoors. I propose a serious campaign to to Stop Tennessee Trash!!!! Anybody Onboard?????????????????  We are not in ARIZONA OR MARGARITAVILLE OR GRIZZLY country...it's our NATURAL environment...it's our WATER!!!! Lets be a ROCKSTAR and be good stewards of the earth. It's been good to us for thousands of years!!! 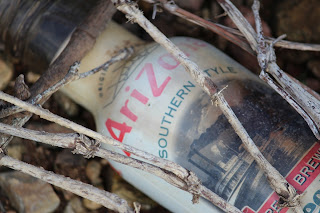 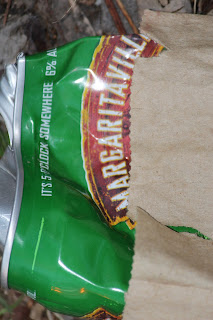 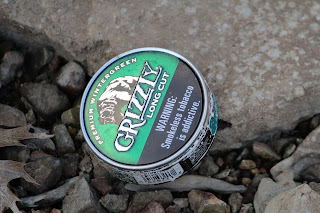 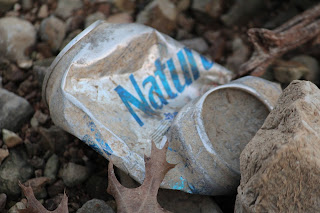 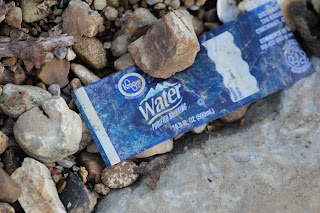 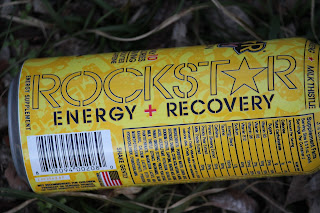 Note: All this trash was found along with thousands of other items of human carelessness along the Stones River, Janurary 6, 2013.

Posted by Cumberland Warrior at 5:36 PM No comments:

The most recent push to pass the Tennessee Bottle Bill SB 1404 was trashed. On April 14, 2009 Senator Doug Jackson supporter of the bill opened the session after Tennessee's tourism director agreed that the trash situation in Tennessee was bad for tourism, During the legislative meeting Senators Falk Yager and Johnson voiced their opposition to the bill. It looked like for sure the bill would die after Senator Jack Johnson suggested a committee be formed to address the issue. That threw the whole momentum off. "Like this hasn't been studied to death." What needs to be studied? All one has to do is go outside every once in awhile and look at all the glass and plastic bottles on the ground. Nobody is claiming responsibility so somebody needs to! Us and them. Convenience store owners would oppose this bill because of the work it would involve to abide by the program. Like drug dealers selling drugs to users, it seems the store owners don't really want to be responsible, or have any part of it, This bottle bill should be a no-brainer but special interest and conflict of interest got in the way. It was just learned that Senator Johnson owns a convenience store in Williamson Co. Tn. Who knows why the others voted against it?????
Posted by Cumberland Warrior at 7:23 PM No comments: